Weekly Reader Question #2: How Many Carbs For Fat Loss?51 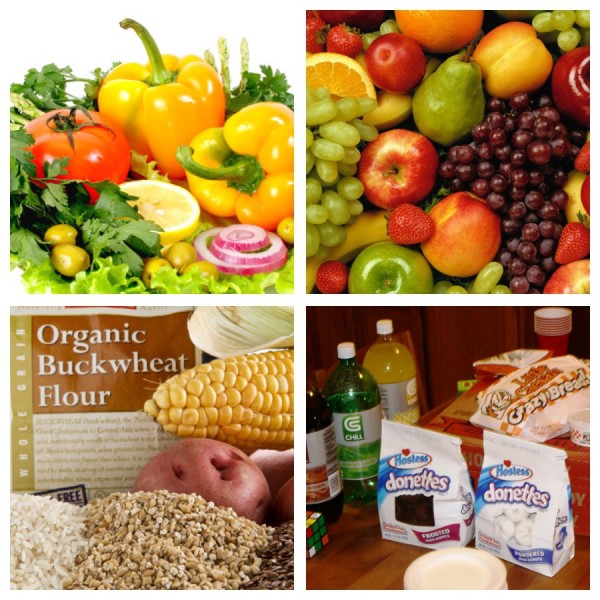 “How many carbs should I eat per day to lose weight?” – Liz Pittman

Wow!  Major zingers two weeks in a row!  Last week Monique asked what she should be eating to be able to see her abs.  Check out my answer here.  This week, Liz wants to know how many carbs she should be eating per day to lose weight.  These are literally two of the questions that I get asked the most, so I am not surprised they were some of the most popular questions asked on my page.

First and foremost, I want to point out that I will be giving very general guidelines here. Every person is different and will respond differently to dietary manipulations.  I will also say that I tend to err on the side of lower carb diets.  Most people have crappy insulin sensitivity and don’t handle carbohydrates well.  In addition to that, most people that who struggle to lose body fat, don’t eat enough protein and fat to begin with (and most women who struggle don’t eat enough calories period).

Yes, that’s right.  I said it.  In my experience, most women who struggle to lose body fat don’t eat enough total calories, and especially not enough protein and fat.  For some reason, popular media has brainwashed women into thinking that we can only eat 1200-1400 calories a day if we want to be lean.  BULLSH*T!  Especially if we’re active or carry a sexy amount of muscle mass.

To hell with popular media! This is NOT going to cut it!

Carb has become a major buzzword over the last decade or so.  However, it’s important to keep in mind that not all carbs are created equal.  Different types of carbs have very different effects on the body.  Here are the different categories with examples of each:

Examples include: spinach, broccoli, asparagus, chard, cabbage, celery, sugar snap peas, kale, etc.  And although not as fibrous or leafy, I would include vegetables like mushrooms, peppers, onions, squash, cucumbers, or other vegetables where fiber makes up the vast majority of carbs with little or no starches or sugar, in this group as well.  These vegetables don’t elicit an insulin response and can be consumed liberally by anyone looking to lose body fat. A serving of the fibrous/leafy carbs is typically 1 cup while a serving of the other vegetables is typically ½ cup.

These tend to be higher in sugar per servings than the carbs mentioned above, and they tend to release small amounts of insulin over time.  They have their place in a fat loss diet, but should be consumed in smaller quantities and always eaten with a protein and fat source.  Examples include: all types of berries, apples, oranges, grapefruit, carrots, beets, cherries, etc.  A serving of these types of carbs is usually ½-¾ cup.

Eat these in smaller quantities and always with protein and fat!

Finally, these carbs release enough insulin to support substantial fat gain if not consumed at the proper times, which would be post-workout, or another specifically timed window like you might find in Kiefer’s Carb Backloading program.  Examples include: cake, candy, doughnuts, cookies, soft drinks, etc.  These foods should be consumed sparingly.

Eat these sparingly, unless it’s a treat or specifically included in your plan.

As you can see, not all carbs are created equal.

So, how many of them should you eat per day to lose weight?  I am going to take a leap of faith here and assume that Liz wants to lose FAT, not just weight.  She could easily lose weight by chopping off her arm, sitting in a sauna for an hour, or taking a huge crap… but that probably wouldn’t help her reach her goal of being leaner, and looking and feeling better.

This might feel awesome, but it’s probably not the type of “weight” you’re looking to lose.

Two different programs that my clients have had a lot of success with are as follows:

1. Cyclical Ketogenic Diet – This is very much like Kiefer’s Carb Nite Solution, or Dr. Mauro Di Pasquale’s Anabolic Diet with a shorter re-carb window.  Since most people have crummy insulin sensitivity to begin with, not only will a nutrition program like this help them burn body fat, but it will improve their insulin sensitivity.  In the beginning, a client may feel very sluggish or foggy-headed on this type of diet, but once they become ketone-adapted they should actually begin to have a lot more energy than they had before they started the program.

If a client is doing this program, they typically keep their net carbs under ~30 grams a day, while consuming at least 1 gram of protein per lb. of body weight.  I generally like a ratio of about 35-40% protein, 5-10% carbs, 50-55% fat here.  Your calorie level would depend on many factors and would be based on the individual and their needs.  Make sure you are eating plenty of veggies from the fibrous/leafy category above.

After following the above program for at least 7 days (some people may want to follow it for up to 10 days at first), you can begin having weekly re-carb days.  I would start out with less processed foods like fruit and potatoes, and monitor their effects on your body.  Later on down the road you can experiment with more processed foods like ice cream, candy, etc. and monitor what happens.

This usually works very well for clients who prefer to be “on” or “off” a “diet.”  This is for the folks who despise moderation. =)

2. Carb Cycling – Again, like the example given above, this is not exactly a revolutionary nutrition program I invented.  You have seen several variations of it I am sure, and really any nutrition program that includes days of lower carbs and days of higher carbs could be considered “carb cycling.”  I first started experimenting with this on myself in 2007.  I recognized that I did not handle carbs very well, and yet I LOVED eating them.  Since I knew that I had the most “leeway” to go carb-crazy post workout, I decided that that is when I would eat the majority of my carbs.

On my days off from training I would eat mostly protein and fat, with lots of veggies and a little fruit.  On my training days, I would do the same thing during the day, and then I would train in the evening.  Once I was done training, the fun began.  On my upper body lifting days, I usually have between 150-200 grams of carbs, and on my lower body training days I would have 200-300.  Most of this came from sweet potatoes, rice, fruit, granola, cereal, and other similar sources.  (Keep in mind that I weighed 158 lbs., carried quite a bit of muscle, and trained very intensely at this point – most women will not need that many carbs).

Again, your calorie level will vary widely based on many factors, but some very general estimates are as follows:

1 gram of protein/lb. of body weight

1.25 grams of protein/lb. of body weight

1.25 grams of carbs/lb. of body weight (maybe slightly more or less depending on the intensity of the training session)

When following a carb cycling approach like the one outlined above, I would typically have a “cheat evening” one evening a week, typically after training lower body.

This approach generally works best with people who prefer to be able to have smaller amounts of foods they desire on a more regular basis.  This is NOT good for people who cannot control themselves once they start eating carbs.

The amount of carbs is important, but the type and timing is even more important and makes the difference between success and failure. The body needs a chance to get into full-blown fat burning mode, which eating carbs everyday prevents. So give yourself a chance to succeed by giving your body a chance to burn the fat.

So there you have it Liz!  Hopefully this gives you a good idea of what you should be doing!  I would love to hear your feedback below!

Molly Galbraith is a Certified Strength and Conditioning Specialist and Coach who has dabbled in both Figure and Powerlifting competitions. She is Co-Founder of Girls Gone Strong and J-M Strength.

Her life's mission is to help women give themselves grace and compassion when it comes to their bodies so that they can discover and accept what their best body looks like.

51 Responses to Weekly Reader Question #2: How Many Carbs For Fat Loss?